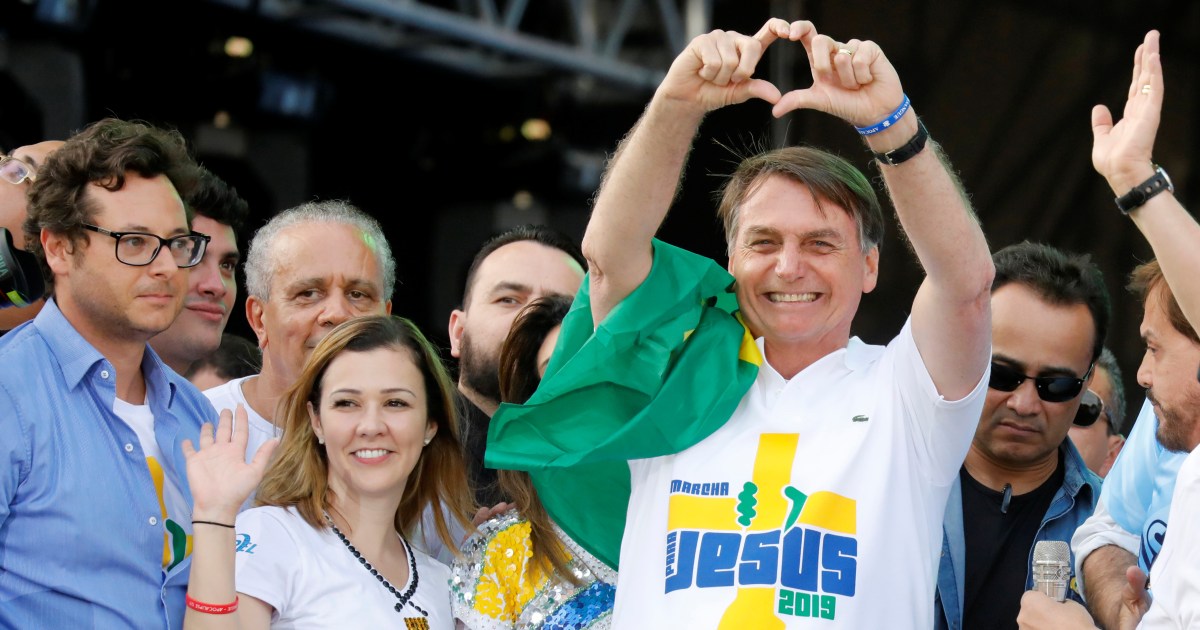 It was almost noon when Mateus, a 15-year-old Black boy ran down a field until he reached the highway crossing the city of Itamonte in the Brazilian state of Minas Gerais, and continued along the borders of the Itatiaia mountains towards Rio de Janeiro. Mateus remembers running non-stop on the hot asphalt for more than 40 minutes until a silver pick-up truck pulled up to the curb next to him.

The truck bore the logo of the Teenage Challenge Therapeutic Community of Maanaim, where he had been detained for nearly nine months of mental health “treatment”. A man grabbed him, wrestled him into the car, and in less than 15 minutes, they were back at the institution.

As soon as the truck parked, Mateus was taken to a small room and punished for running away, as he told Agencia Publica. The beating was loud enough for the other teenagers in the institution to hear Mateus’s cries for help. He was then forcibly given antipsychotic and sedative medication.

A visit by Brazil’s National Preventive Mechanism to Combat Torture and other organisations uncovered various violations, including abuse of the people who had been interned at the facility. Since then various state institutions have investigated the Therapeutic Community of Maanaim. Despite this, the centre, which had received public funding for 15 years, remains in operation, at least according to its Facebook page.

Treatment in so-called therapeutic communities is widespread in Brazil and throughout Latin America and largely consists of forced internment in similar unregulated, unmonitored and poorly kept establishments where people are subjected to substandard care and abusive practices.

Therapeutic communities have grown significantly in number over the last few years, and it is no surprise that they are often referred to as the country’s new asylums.

During his trip to Brazil in 1979, Italian psychiatrist Franco Basaglia visited the Colony Hospital of Barbacena, the largest and most notorious asylum in the country, and described it as a “concentration camp” to the local media. People arrived in freight trains and, immediately upon arrival, had their heads shaved and clothes removed.

More than 70 percent of the asylum’s population had no psychiatric diagnosis whatsoever. They were, however, not by chance, the outliers of society: queer people, sexually active women, single mothers, political activists, the poor, and the homeless. Pregnant women, men, children, and the elderly were mixed together. Most of them were Black.

In the following decades, a strong anti-asylum movement emerged and put Brazil on a long path to psychiatric service reform. Claims for the universal right to health that arose out of this period came to be known as the Sanitary Reform Movement, and its supporters were known as sanitaristas. Famous sanitarista Sergio Arouca synthesised the movement’s main premise into a simple yet brilliant affirmation: “health is democracy”.

The fight for the universal right to health coincided with the fight against authoritarianism. Brazil’s civil-military dictatorship, in power from 1964 to 1985, increased socioeconomic and racial disparities by dismantling the few public services available and by favouring the private interests of Brazil’s economic elites. Not by chance, Brazil’s 1988 federal constitution, which formally concluded the re-democratisation process, acknowledged, for the first time, the right to health of all citizens and the state’s duty to provide it.

Universal healthcare became a high priority for Brazilian civil society, and no democratic government committed to as much of the civil society agenda as Lula da Silva and Dilma Rousseff’s administrations did. Partnering with popular movements, including the sanitaristas, Worker’s Party governments built most of the structure of Brazil’s publicly funded healthcare system, known as the SUS (Unified Health System), which includes mental healthcare provision.

Now, the Brazilian Ministry of Health is preparing to revoke some 100 ordinances on mental health, dismantling a system that has been built over decades.

In a move arguably intended to benefit the largely evangelical political forces that helped put him in office, Bolsonaro has begun taking resources away from the psychosocial support network of the SUS and pouring funds towards the thousands of evangelical-led private drug treatment centres in Brazil, similar to the Therapeutic Community of Maanaim.

Religious institutions, particularly evangelical churches, have been successful in pushing for the Brazilian state to prioritise private, religious-led therapeutic communities, cutting down harm reduction approaches to drug use. In 2019, without any sort of public bidding or transparency, these institutions were the recipients of roughly 41 million Brazilian reals ($7.8m) from the federal government.

While claiming to offer drug treatment, therapeutic communities in fact take in homeless people who are “dumped” there by police without their consent in the country’s main capitals when shelters are full. Inspections by human rights activists, including from Brazil’s National Preventive Mechanism to Combat Torture, have found a wide range of human rights violations, including multiple confirmed cases of torture, sexual assault, child abuse, forced labour, forced religious conversion and “gay cure” practices. Earlier this year, citing human rights violations, a federal court prohibited the hospitalisation of children in therapeutic communities, giving centres 90 days to comply with the order.

This, however, has not prevented these institutions from becoming the largest beneficiaries of the conservative and authoritarian drug policy reforms led by Bolsonaro and his allies.

Above all, these changes weaponise publicly funded mental health services to perpetuate anti-Black racism. Black people, who make up about half of the Brazilian population, are overwhelmingly poor and rely on SUS. Some 80 percent of SUS beneficiaries who do not have another health plan are Black.

The dismantling of public mental health services that serve these populations will have a disproportionate impact on Black Brazilians, who are also among the most affected by the spread of COVID-19 in the country. In this context, the rise of private drug treatment centres creates problems of a magnitude and scale that civil society will have to reckon with for decades.

Bolsonaro’s attempt to dismantle the public mental health system in Brazil is, above all, a necropolitical project that sees Black lives as expendable and exterminable – especially when making profit is involved.

Despite the advances made by the anti-asylum movement and psychiatric reformers, much remains to be done when it comes to the impacts of racism on mental health and how institutionalisation and over-medication reproduce the white supremacist logic of confining Black bodies. Looking down the line, this will have to be a central concern of recovery and rebuilding efforts in the post-Bolsonaro era.

Last year, the Brazilian Black Coalition for Rights, a network of more than 200 entities working to promote and protect the rights of the Black population in Brazil, launched a national anti-racist campaign under the motto “as long as there is racism, there will be no democracy”. The Coalition claims that any legitimate democratic project in Brazil must commit to the end of structural racism. If “health is democracy”, then health and mental care are the ultimate frontier in the fight to eradicate racism in Brazil.

The views expressed in this article are the authors’ own and do not necessarily reflect Al Jazeera’s editorial stance.