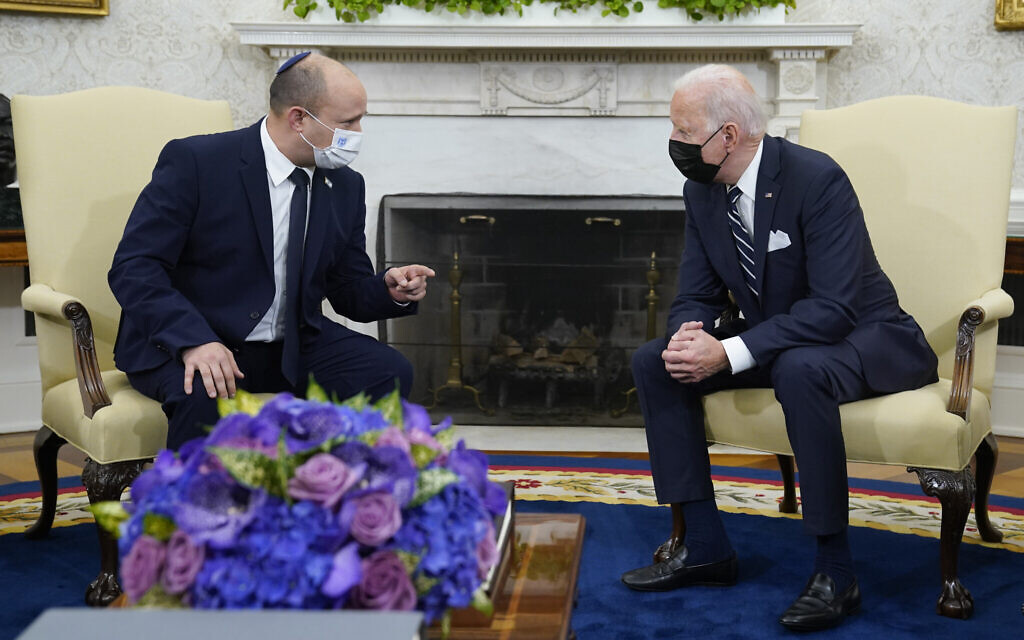 US President Joe Biden reportedly signed a letter reaffirming the US commitment to decades-old strategic understandings with Israel over its alleged nuclear arsenal, according to a Wednesday report.

The move came during a visit by Prime Minister Naftali Bennett to Washington last week, during which he discussed several bilateral issues with Biden, according to an unnamed Israeli official speaking to Walla news.

The White House and Prime Minister’s Office declined to comment on the report.

Departing Washington on Sunday, Bennett said that he had “achieved and surpassed all the goals we set for ourselves for the meeting.”

The focus of Bennett’s meetings with Biden and other top US officials was thwarting Iran’s nuclear ambitions. Bennett said the US had reaffirmed its commitment to preventing Tehran from obtaining nuclear weapons.

Israel has never confirmed foreign reports regarding the existence of its own nuclear arsenal, instead maintaining a policy of official ambiguity on the issue.

The understandings reportedly endorsed by Biden grew out of a 1969 agreement between US president Richard Nixon and prime minister Golda Meir that Washington would not push Israel to join the nuclear non-proliferation treaty and Jerusalem would not declare, test or threaten use of its nuclear weapons.

Although the oral agreement continued to be honored through the Reagan administration, Israel reportedly grew concerned over whether the unwritten deal would hold during the presidency of George H.W. Bush, after calls by the US leadership for the Middle East to be free of weapons of mass destruction in the wake of the 1991 Gulf War.

Following Bill Clinton’s election as president, it was put into writing and the US signed the first such letter, agreeing to allow Israel to maintain its “strategic deterrence,” according to the Walla report.

Similar letters were later signed by US presidents George W. Bush and Barack Obama, despite the latter initially sparking concern in Israel after voicing support for a nuclear weapons-free world.

Foreign sources have estimated Israel has an arsenal of dozens to hundreds of nuclear weapons.

In February 2017, then-US president Donald Trump’s administration was alarmed when Israel’s ambassador at the time, Ron Dermer, asked to add Trump’s signature to the letter, according to a 2018 report from The New York Post.

Trump aides were caught off guard by Dermer’s request and told him they needed some time to study the issue, suggesting it was unclear whether Obama administration officials talked about the Israeli letter with their successors.

Despite the initial tensions, Trump would go on to sign the letter, the report said.