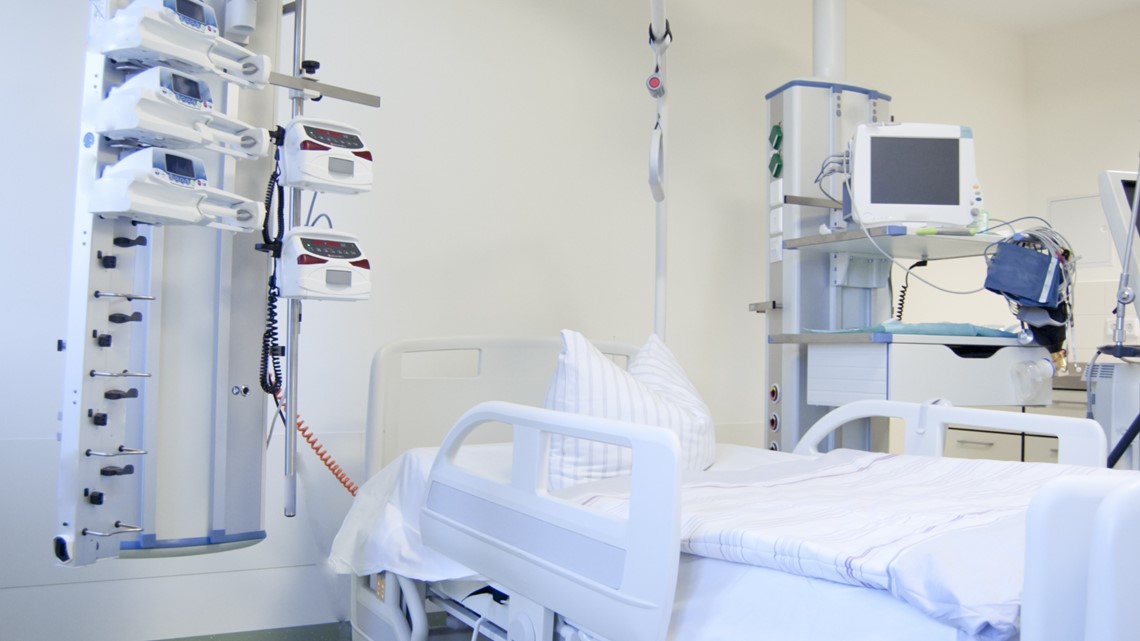 The term, coined to describe the resurgence of COVID-19, doesn’t seem to be changing minds among unvaccinated people. And it doesn’t tell the whole story.

WASHINGTON — This summer’s coronavirus resurgence has been labeled a “pandemic of the unvaccinated” by government officials from President Joe Biden on down.

The sound bite captures the glaring reality that unvaccinated people overwhelmingly account for new cases and serious infections, with a recent study of government data showing that hospitalization rates among unvaccinated adults were 17 times higher than among those fully vaccinated.

But the term doesn’t appear to be changing hearts and minds among unvaccinated people. And it doesn’t tell the whole story, with some breakthrough infections occurring among the fully vaccinated. That’s led health officials to recommend a return to masks and a round of booster shots.

“It is true that the unvaccinated are the biggest driver, but we mustn’t forget that the vaccinated are part of it as well, in part because of the delta variant,” said Dr. Eric Topol, professor of molecular medicine at Scripps Research in La Jolla, California. “The pandemic clearly involves all people, not just the unvaccinated.”

Topol points to Louisiana, where data from the state suggest that nearly 10% of hospitalized patients are vaccinated.

Branding it “a pandemic of the unvaccinated” could have the unintended consequence of stigmatizing the unvaccinated, he added. “We should not partition them as the exclusive problem,” Topol said.

Instead officials should call out vaccine disinformation, said Dr. Peter Hotez, dean of the National School of Tropical Medicine at Baylor College of Medicine in Houston. A sketchy stream of dubious arguments continues to undermine public confidence.

Surgeon General Vivek Murthy has tried to call attention to the damage done by misinformation and disinformation. But for many vaccine opposition has become ingrained.

A poll from The Associated Press-NORC Center for Public Affairs Research in July found that 45% of adults who had not yet received a vaccine said they definitely would not get it, and 35% probably would not. Nearly 2 in 3 (64%) unvaccinated adults said they had little to no confidence the shots are effective against mutations like the delta variant, although public health data show vaccination dramatically reduces the risk of serious illness, hospitalization and death. Just 3% of unvaccinated adults said they would definitely get vaccinated.

Calling it a “pandemic of the unvaccinated” is “just provocative,” said Robert Blendon, who follows public opinion on health care at the Harvard T.H. Chan School of Public Health. “The unvaccinated have an opposition toward Washington, and the more you stir the opposition, the more it convinces them ‘I’m not going to give in to those people,’” Blendon said.

Yet top officials don’t seem to be ready to let go of a favored catchphrase.

“As I’ve said before, the pandemic of the unvaccinated is a tragedy that is preventable,” Biden declared in a recent remarks on his administration’s COVID-19 response.

“We’re now in a pandemic of the unvaccinated, and the way to end this pandemic is more vaccinations,” said White House coronavirus coordinator Jeff Zients, opening a media briefing days ago.

The term caught on before breakthrough infections among vaccinated people became a worry.

During a mid-July media briefing, Dr. Rochelle Walensky, director of the Centers for Disease Control and Prevention, underscored the troubling rise in cases and hospitalizations, saying “there is a clear message that is coming through: This is becoming a pandemic of the unvaccinated.”

Neither the CDC nor the White House would comment on whether that sound bite should now be retired, or amended.

Until very recently, Biden’s handling of the pandemic was seen as a solid strength. But the August edition of the AP-NORC poll found flashing warnings for the president. Approval of his COVID-19 response fell by 12 percentage points from July, down from 66% to 54%. It was the lowest COVID-19 approval rating for Biden, and the first time that his approval number on the pandemic was basically the same as his overall performance rating.

Among independents, there was a nearly 30 percentage point drop in approval.

Democratic pollster Geoff Garin, who tracks health care issues, says he sees no intent to divide in the Biden administration’s “pandemic of the unvaccinated” rhetoric. “I think the very clear intention is to tell unvaccinated Americans that they are the ones that are at risk,” he said.

But a mutating virus can outrun the smartest sound bites. “When you have a dynamic and fast-changing situation like this, it creates really significant challenges for communicators, who have to both maintain their credibility while staying ahead of the story,” said Garin.

Republican pollster Bill McInturff, who collaborates with Garin’s firm on some major polls, said, “Calling it a ‘pandemic of the unvaccinated’ is certainly not going to increase the compliance among the unvaccinated.”

In a pandemic no one is an island, suggests Dr. Leana Wen, a former Baltimore health commissioner and commentator on public health issues.

“We don’t live in communities where the vaccinated can separate themselves from the unvaccinated, because we are dealing with a highly contagious virus and there is a spillover effect,” she said. “That gets lost when we are just saying it’s a ‘pandemic of the unvaccinated.’”