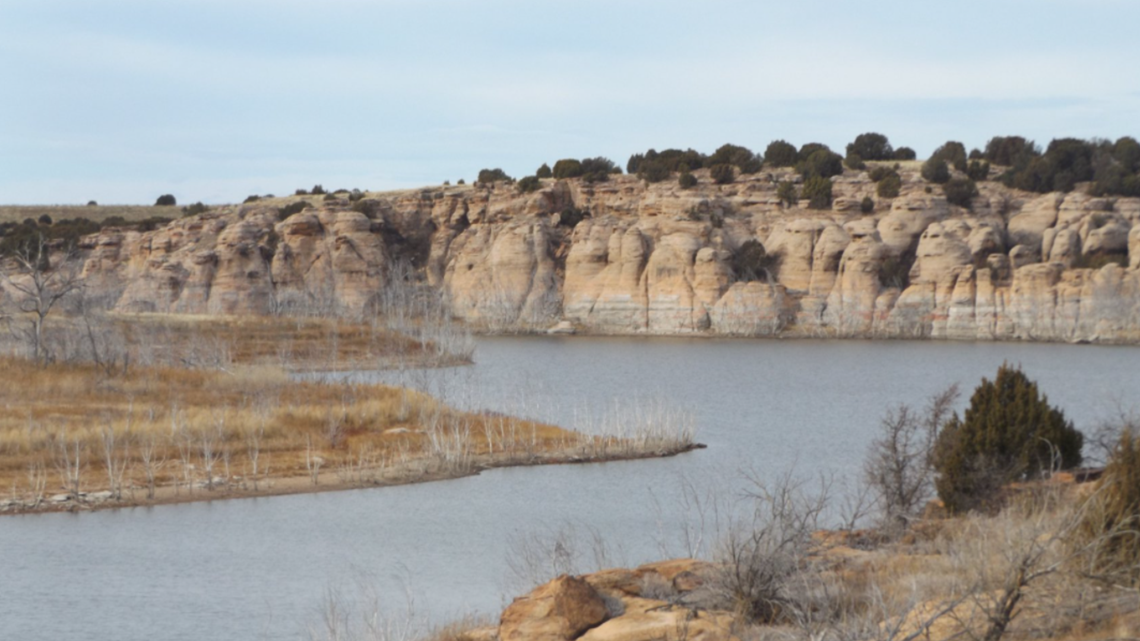 First-responders are conducting a search for the man at Two Buttes State Wildlife Area, according to Colorado Parks and Wildlife.

BACA COUNTY, Colo. — A search is underway on Tuesday for a 28-year-old Broomfield man at Two Buttes State Wildlife Area, according to Colorado Parks and Wildlife (CPW).

About 30 people, including CPW staff, Baca County Sheriff’s Office staff and volunteer firefighters, were searching land and water for the missing man, who was camping at the wildlife area, CPW said.

CPW was notified on Monday night that the man was missing since late Sunday. Friends told authorities that a large group was swimming in a pond below the reservoir dam and jumping from cliffs.

The missing man’s SUV and personal items were found at the scene, according to CPW.

A drone was being used to search land and CPW deployed a boat with sonar to search the water, CPW said.

Two Buttes State Wildlife Area covers more than 8,500 acres and is located about 40 miles south of Lamar in southeast Colorado.

RELATED: A cloud of dust swept through Baca County 86 years ago on a day known as ‘Black Sunday’