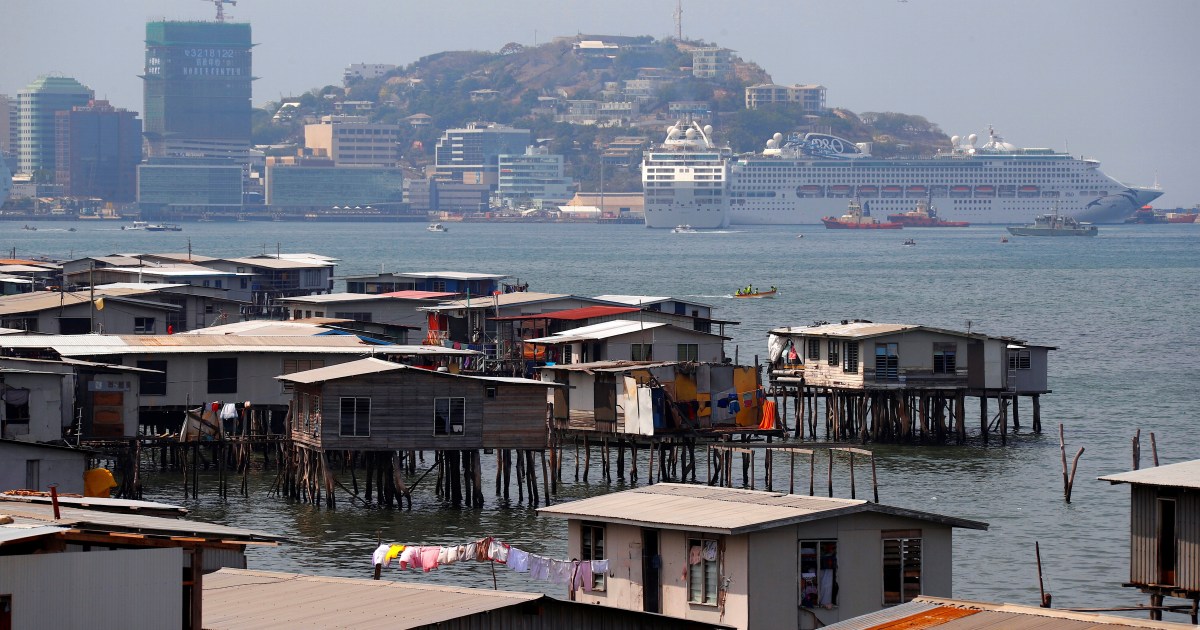 The Indian embassy in Papua New Guinea (PNG) denies police claims that it helped unauthorised passengers, including four people who were infected with COVID-19, arrive in the Pacific nation’s capital, Port Moresby.

The denial on Tuesday came after PNG Police Commissioner David Manning last week banned all flights from India, accusing the Indian government of “deliberately” participating in “deception” that compromised the island nation’s safety and security.

The police chief, who is in charge of PNG’s COVID-19 response, also banned Indonesia’s Garuda Airlines and Hong Kong’s CapaJet, a charter company, from using the country’s airspace “until further notice”.

Papua New Guinea’s borders are closed to most travellers because of the COVID-19 pandemic, but Manning said the country allowed a repatriation flight to carry 81 passengers from the Indian capital, New Delhi, into Port Moresby with stringent conditions, including negative tests for COVID-19.

But when the Garuda Airlines flight GA7610 arrived on August 17, the police chief claimed it carried three passengers who were not authorised to travel to PNG.

He also said the Indian government allowed some passengers to board the aircraft without a negative COVID-19 test. “This failure has meant that the flight carried four individuals into Papua New Guinea who are infected with COVID-19,” he said.

Through these actions, India has undermined the trust of a friendly nation, Manning said.

“India must respect Papua New Guinea as a sovereign nation, and not participate in actions involving unscrupulous people, to violate our laws and undermine public health and safety measures.”

The Indian embassy denied the allegations.

“All foreign national passengers onboard the aircraft destined for Port Moresby held valid SOE [State of Emergency] Approvals, Covid PCR Test and Vaccination Certificates,” the mission said in a statement to Al Jazeera.

“Passengers were only given tickets once they had provided the SOE approval, in line with the prescribed guidelines set out by the Controller.”

It also provided documents, including a flight manifest that listed the 84 passengers as well as certificates issued by the PNG government that approved entry for all 84 passengers.

“We work with embassies all around the world and are very much aware of capacity and quotas and everything else. It’s part of our standard operating procedure,” said Jay Wan, operations director at CapaJet.

“There were no people on the flight who were not on the manifest. They knew the name of everyone who was coming because we sent a letter to David Manning making sure all the entry conditions were being followed and the PCR results of all the passengers. He replied very clearly with his approval the same day. If a passenger didn’t have their approval, we would not have allowed them to board the flight.”

Wan said he was disappointed by Manning’s actions, especially since CapaJet helped repatriate several PNG diplomats “free of charge” on that same flight.

Adam Delaney, a former PNG diplomat who is now completing doctoral studies at the Australian National University in Canberra, described Manning’s statement as a diplomatic blunder.

“It is not something you flippantly do – publicly accuse countries, India and Indonesia, that have been very good partners to PNG, of acting deceptively. It needs to be addressed quite urgently,” said Delaney.

“It shows that Manning is under lots of stress and the National COVID-19 Controller can’t do its job because of critical shortages of manpower and finances. As a result, a health problem has become a diplomatic issue when it shouldn’t have.”