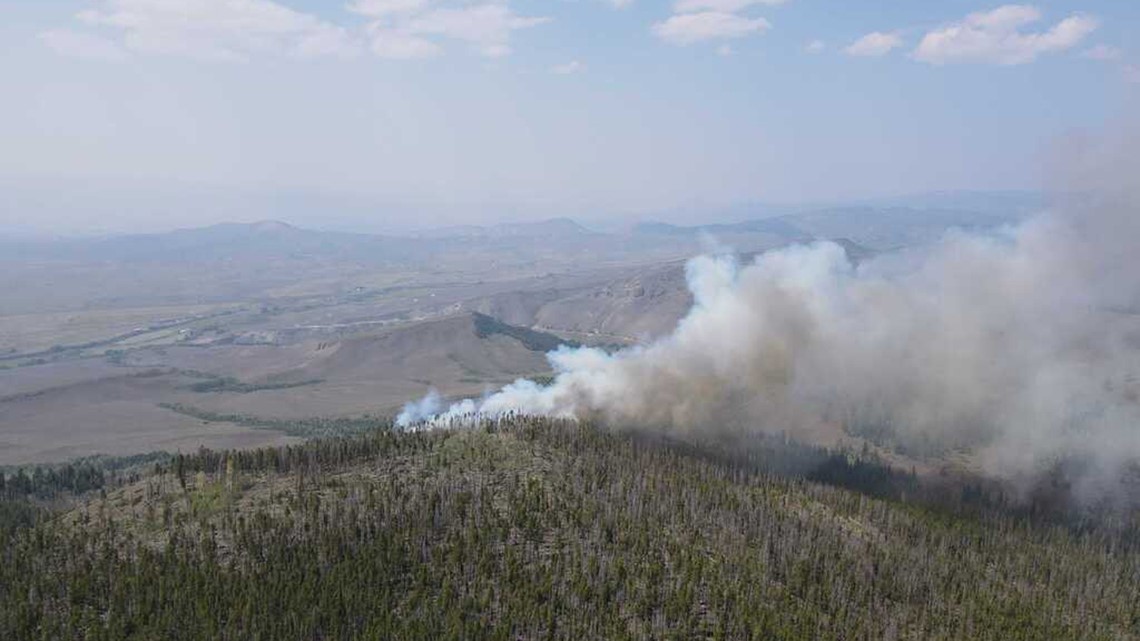 The fire has burned about 170 acres, as of Monday afternoon.

GRAND COUNTY, Colo — The Black Mountain Fire, which has prompted pre-evacuation notices in Grand County, has grown to 170 acres, according to fire officials.

Crews first responded to the fire around 1 p.m. Sunday. It is burning on national forest land on Black Mountain, which is off County Road 2 near Big Horn Park. That’s near the southwest side of the area burned in the 2020 East Troublesome Fire.

The fire had burned 150 acres as of Sunday evening.

Monday night, the fire actively burned and consumed fuel at a moderate pace, according to Inciweb. It did not make any big runs.

The Grand County Sheriff’s Office (GCSO) said due to current fire behavior and weather conditions, some areas are under pre-evacuation notices (map below). People living in those areas have been told to be prepared to leave at any time.

UPDATE- Due to current fire behavior & weather conditions of #BlackMountainFire, the following areas are under pre-evacuation: K11 and HHS21 A (west side) If you are in the area, start collecting your personal belongings & readying your property. Be prepared to leave at any time. pic.twitter.com/hDfAPMhzGr

Approximate location of the fire:

Area closures for both Forest Service and Bureau of Land Management lands are in place.

The cause of the fire is unknown.

The Colorado Department of Public Health and Environment (CDPHE) has issued an Air Quality Health Advisory for central Grand County, including Kremmling, Parshall, Hot Sulphur Springs, Granby and Grand Lake. The advisory is in effect until 9 a.m. Wednesday.

CDPHE recommends staying indoors and limiting outdoor activity when smoke is thick, especially for people with heart disease or respiratory illnesses, the very young and the elderly.

It was a busy weekend for fire activity. The Colorado Division of Fire Prevention and Control said two planes found a total of 37 new fire starts Saturday after a lightning storm statewide.

A fire in Morgan County, near Wiggins, burned more than 3,000 acres before it was declared out Saturday evening.