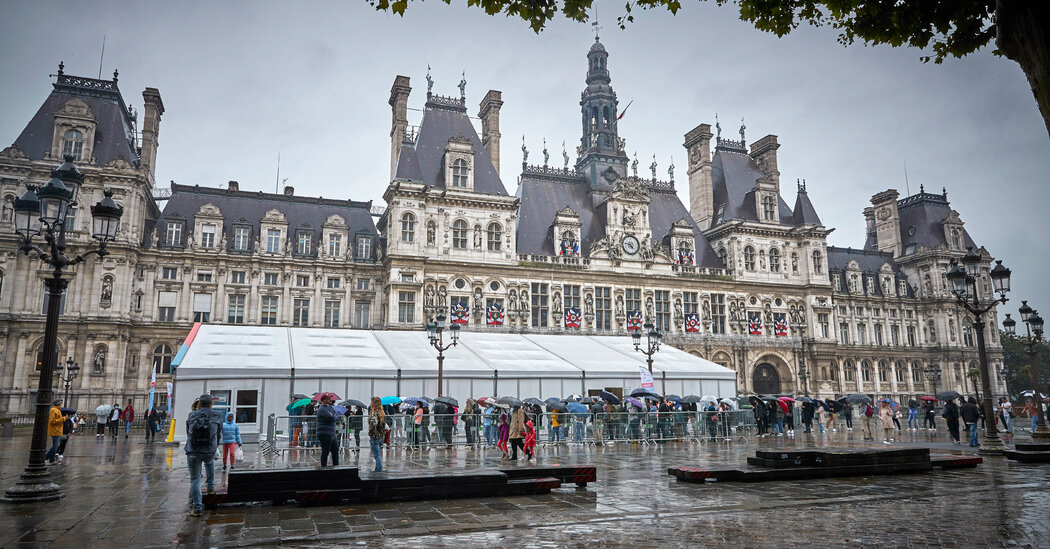 Around 70 percent of adults in the European Union have been fully vaccinated against the coronavirus, E.U. officials said on Tuesday, a milestone that puts the bloc among the world’s leaders in vaccinations despite a sluggish start earlier this year and worrying discrepancies among member states.

After a fumbling start, the European Union overtook the United States in vaccinations last month, as campaigns taken together across the bloc’s 27 countries grew at a faster pace than anywhere else in the world. Tuesday’s announcement marked the meeting of a self-set deadline that once seemed far out of reach.

While the vaccination rate has slowed this month, it has yet to reach a ceiling that some experts and officials feared it would hit over the summer. Taking children and teenagers into account, more than 55 percent of the overall E.U. population has been fully vaccinated, compared with 52 percent in the United States, 61 percent in Israel, and 64 percent in Britain.

Those figures, however, mask wide differences between E.U. countries — ones that the authorities in Brussels may struggle to address, because each member country runs its own vaccination campaign.

While more than 80 percent of adults have been fully inoculated in Belgium, Denmark and Portugal, and more than 75 percent in countries like Spain and the Netherlands, the figure falls to 45 percent in Latvia, 31 percent in Romania and 20 percent in Bulgaria.

“The pandemic is not over,” said Ursula von der Leyen, the president of the European Commission, the bloc’s executive arm, as she celebrated the milestone on Tuesday. “We need more. I call on everyone who can to get vaccinated.”

Some countries, like France and Italy, have implemented strong incentives for people to get vaccinated by requiring Covid passes to dine in restaurants or access cultural venues. (The pass can also be obtained with a proof of a negative test.) Significant parts of the population got vaccinated after the passes came into force, and opposition has remained limited.

But it is another story in Eastern European countries that could threaten the bloc’s handling of the pandemic in the fall and winter. In Bulgaria, disinformation about the virus, poor trust in institutions and a lack of a communication strategy to counter vaccine hesitancy have plagued vaccination efforts, including among older people. Romania, despite low vaccination rates, has sold doses to another E.U. country, Ireland, to avoid wasting them, and donated others to neighboring countries.

On Tuesday, Ms. von der Leyen said the European Union needed to “help the rest of the world vaccinate,” but vaccine diplomacy efforts have so far proved limited because of a lack of a coordinated approach from the bloc’s 27 countries to sell or donate doses.

Many countries in the European Union’s immediate neighborhood, such as Kosovo, Montenegro, North Macedonia and Tunisia, are in need of doses and have among the world’s highest death tolls by size of population.

In a sign of renewed concern about the pandemic, the European Union on Tuesday recommended its member states reintroduce travel restrictions for visitors from the United States, Israel, Kosovo, Lebanon, Montenegro and North Macedonia.