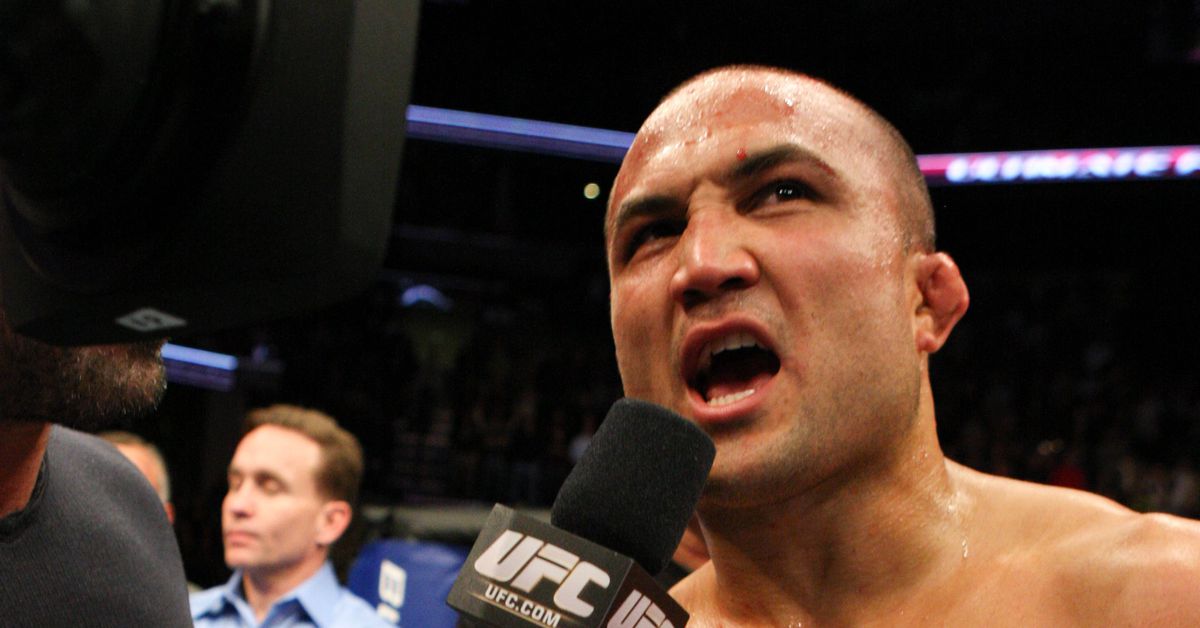 B.J. Penn’s glove lick is among the most iconic images in mixed martial arts (MMA) and Ultimate Fighting Championship (UFC) history, and he is definitely not thrilled with Jake Paul’s most recent spin on it.

During the Paul vs. Woodley fight, the YouTuber-turned professional boxer licked his gloves in round five. Combat sports fans, as well as long-time MMA reporter Ariel Helwani who was sitting ringside, were instantly reminded of “The Prodigy” licking his opponent’s blood off his MMA gloves against Joe Stevenson at UFC 80 and Sean Sherk at UFC 84.

He even ingested some Diego Sanchez DNA back at UFC 107.

“Don’t ever copy me again you f—kin’ p—sy, look at my gloves, look at the pillows on your hands 20 years of war!” Penn captioned an Instagram post comparing his iconic glove lick to Paul’s. The former UFC Lightweight champion tagged Paul and incorporated the hashtag “#Kindergarten.”

Penn, 42, has not competed since losing a unanimous decision to Clay Guida at UFC 237 on May 11, 2019. The Hawaiian fighter is currently on a seven-fight losing streak; however, his prime saw him capture the UFC Lightweight crown and defeat fighters like Matt Hughes, Diego Sanchez, Kenny Florian, Sherk, Stevenson, Jens Pulver, Duane Ludwig, Takanori Gomi and Caol Uno, among others.

For more news and notes on “Paul vs. Woodley,” check out up our comprehensive event archive right here.