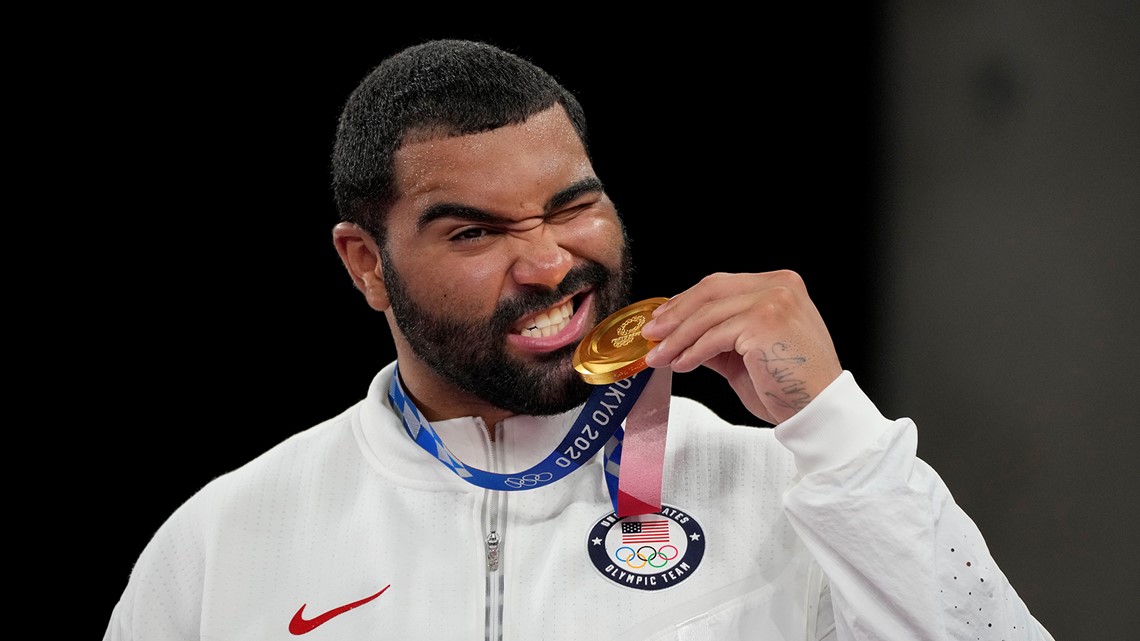 Gable Steveson has been contemplating his next move after his dramatic last-second victory in the freestyle wrestling heavyweight final at the Tokyo Olympics.

Even an Olympic gold medalist has limits.

American wrestler Gable Steveson has been on the go since his dramatic last-second victory in the freestyle heavyweight final put him at the top of the podium in Tokyo. He blew the Gjallarhorn at a Minnesota Vikings preseason game, attended a Bellator MMA event and showed up at World Wrestling Entertainment’s SummerSlam, stepping into the ring to celebrate bringing home the gold in front of more than 50,000 adoring fans.

He’s living it up as he contemplates his next move.

“It’s very new and something different that I haven’t experienced, but I think I’m taking it very well and I’m staying the course how I should be,” he said.

Even for a 21-year-old who seemingly has the world by the tail, being Gable Steveson can be overwhelming. Reality hit when he became so busy that he opted out of the World Championships in Oslo.

“It was actually really hard, to be honest, just because we planned on going way before we got to Tokyo,” he said. “I was hoping that I was going to get a medal in Tokyo and I ended up with the gold. And so we planned on going and me and my coaches talked about it. And then when we won the gold and when I got home, it was just like I just got hit with a bunch of stuff that I had to do.”

He also couldn’t find time to meet with UFC president Dana White while in Las Vegas for SummerSlam.

“This this story came out where it was like me kind of like ditching him,” Steveson said. “When I got to Vegas for SummerSlam, I was just on the go all day and I had no time to see him. So I didn’t ditch him. We’ll connect soon. And I’m looking forward to that day.”

Steveson walked to the ring at SummerSlam with another American Olympic gold medalist, Tamyra Mensah-Stock. Some fans were surprised that Steveson didn’t seem awestruck as he walked down the aisle.

“People were like ‘He didn’t look like he was wanted to be there,’” he said. “No. I was just comfortable in the ring and just, straight face and just doing a good job of being who I am. So it was nice. I was happy to be there.”

The WWE was happy to have him there, too. He was photographed that night with WWE chairman/CEO Vince McMahon and WWE executive vice president Paul Levesque, known to fans as Triple H.

In the meantime, the reigning NCAA heavyweight wrestling champion said there’s a good chance he will show up at the University of Minnesota when classes start. That would position him to benefit from name, image and likeness income while he figures things out.

He has most often been linked with WWE and UFC, but said he’s open to everything, including Bellator. He said he’d be willing to listen to All Elite Wrestling, which has not reached out to him.

The combat sports world has been abuzz for weeks about where he will end up.

“I can only say this — I’m waiting for a couple of calls that may come any day now,” he said. “But other than that, I’m chilling.”