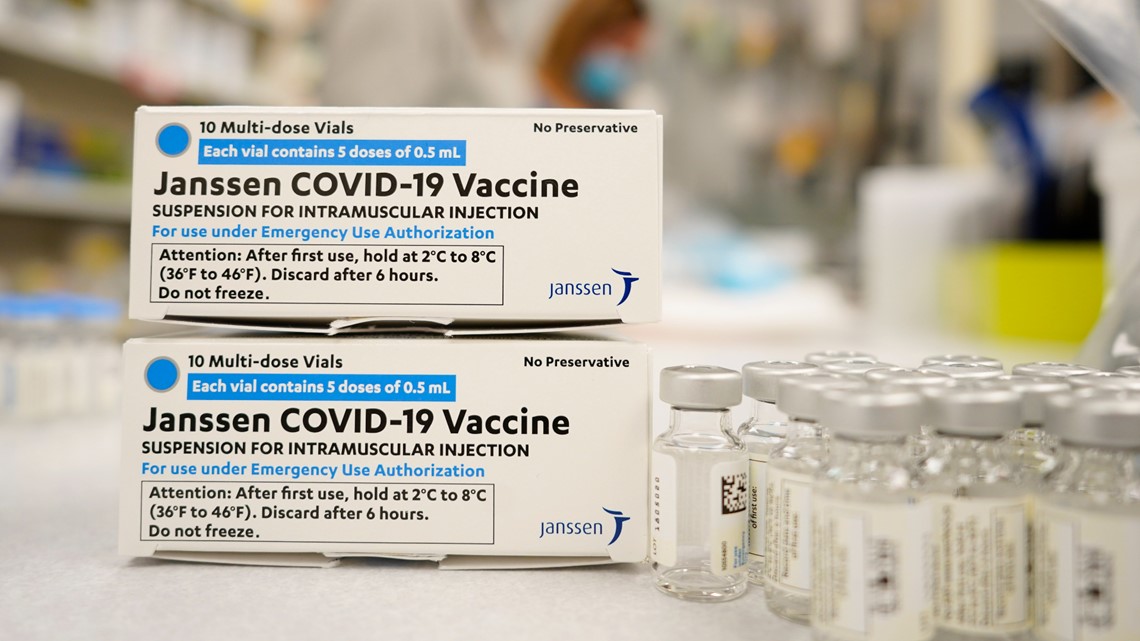 The J&J announcement comes as the U.S. moves forward with plans to offer booster shots as early as the fall for those who got the Pfizer or Moderna vaccines.

WASHINGTON — Booster shots of Johnson & Johnson’s one-dose COVID-19 vaccine led to a nine fold increase in antibodies compared with just getting the first shot on its own, the company said Wednesday.

J&J cited interim data from two studies involving booster shots given to people six to eight months after they received the single-shot vaccine.

The announcement comes as the U.S. moves forward with plans to offer booster shots as early as the fall for those who got the two-shot Pfizer or Moderna vaccines.

“New interim data from these studies demonstrate that a booster dose of the Johnson & Johnson COVID-19 vaccine generated a rapid and robust increase in spike-binding antibodies, nine-fold higher than 28 days after the primary single-dose vaccination,” the company said in a press release.

J&J said it saw significant increases in antibody response for study participants between ages 18 and 55, as well as those 65 and up who were given a lower booster dose.

The company said it’s in talks with U.S. and European health officials regarding booster shots for the J&J vaccine.

One reason why health officials haven’t decided on a J&J booster shot is that the company’s vaccine rollout didn’t begin until March, several months after Pfizer and Moderna vaccinations began.

Despite continued protection against severe disease, U.S. officials are planning to offer Pfizer and Moderna boosters eight months after the second shot based on evidence that effectiveness against infection wanes over time. Adding to the decision, the vaccines don’t appear quite as strong against the highly contagious delta variant as they were against earlier versions of the virus.

There is some real-world data showing J&J’s shot holds up against the delta variant. A huge study of health workers in South Africa showed the vaccine remained 71% protective against hospitalization from the variant and between 91% and 96% effective against death. And the researchers said the vast majority of so-called “breakthrough” infections in vaccinated people were mild.